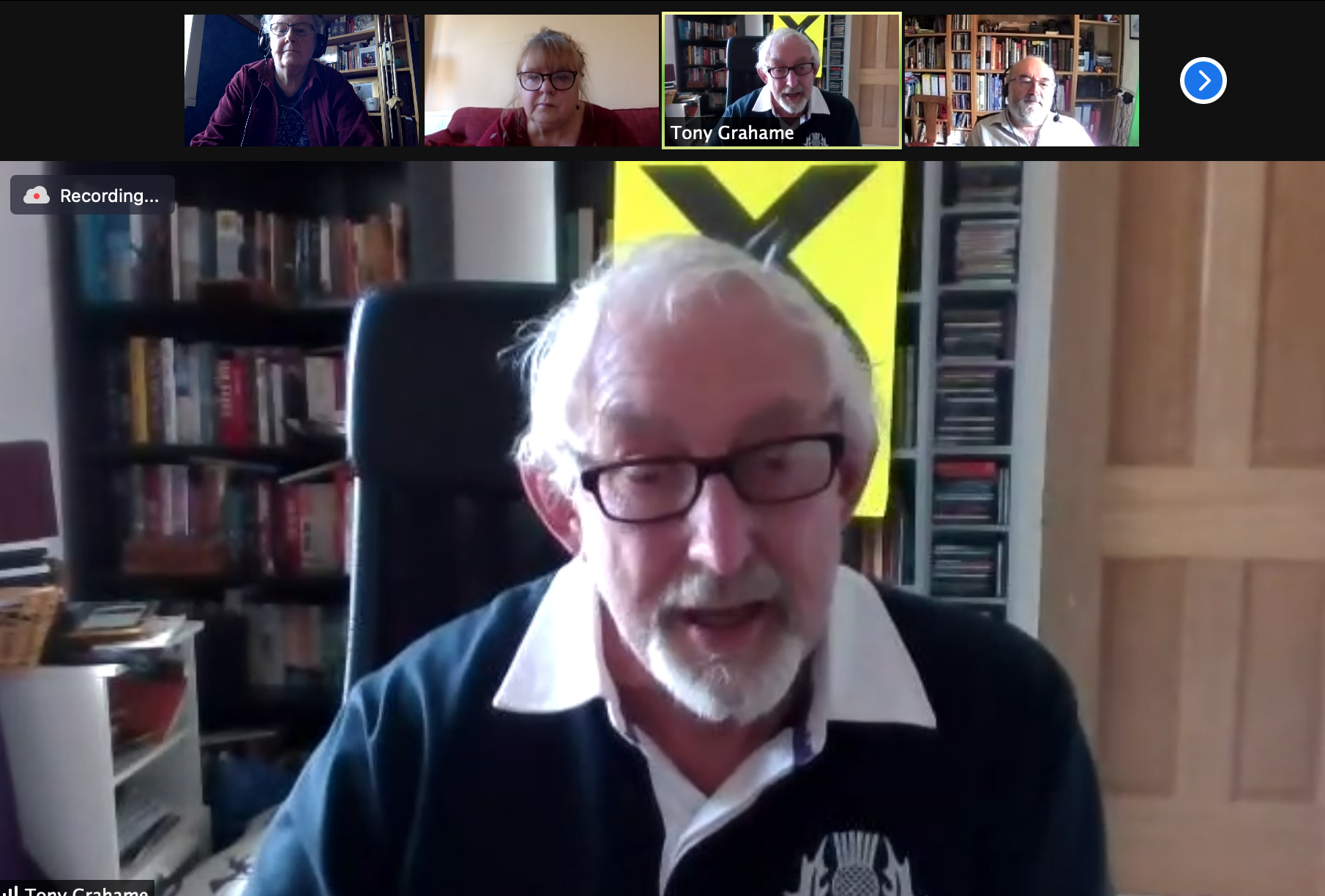 The Greater Glasgow group invited Tony Grahame to speak about how the D’Hondt system is used to calculate who wins List MSPs in the Holyrood elections.

Tony took us through the Glasgow List vote from 2016 explaining how the List seats were allocated. He also compared overall Scottish list results from 2016 with those from 2011. And he showed how a small rise or fall in a party’s proportion of the list vote can result in large changes in number of seats gained or lost.

You can listen to the talk, followed by questions, here, and scroll down for the slides that Tony used in his talk:

Here are the slides which Tony refers to during the talk:

The questions covered a lot of ground….

They were strongly influenced by the announcement – just an hour before the talk – that Alex Salmond is forming an independence supporting List party called Alba.

Over the last year, Pensioners for indy have accumulated an impressive playlist of podcasts from our meetings. They have been broadcast by IndyLive Radio and are now available on Scottish Independence Podcasts on Soundcloud. Just click on the image below to go to the playlist:

2 thoughts to “Both Votes SNP? Or Split Our Indy Vote?”