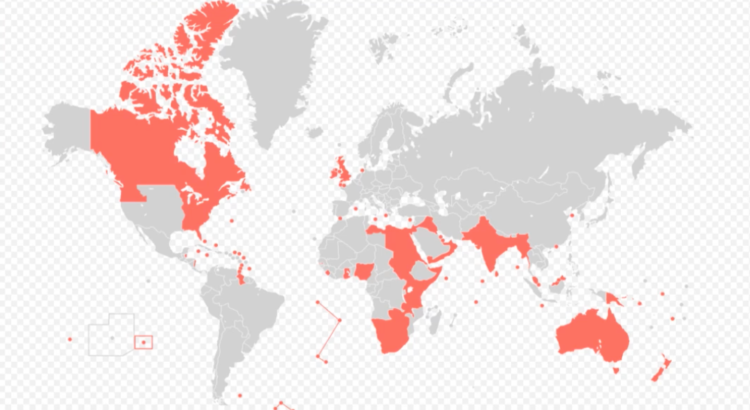 The authors make it plain that the views expressed in the paper are their own and do not necessarily reflect their places of work. Just in case something should interfere with the re-publication of this paper, we thought we’d give it some space here in the interim 😄

While Scottish independence would have immediate economic costs, history suggests there are long-term benefits.

By contrasting Scotland and England to the Slovak Republic and Czech Republic’s ‘Velvet Divorce’, Richard Mackenzie-Gray Scott and Geoffrey Chapman suggest that an independent Scotland will continue growing real GDP per capita despite higher trade costs.

In light of the ongoing challenges facing the UK, the idea of Scottish independence seems unpalatable to many, but the news implies strong support. The Scottish government has recently published draft legislation for the holding of another referendum. Numerous polls suggest that a majority vote for independence would occur should this referendum go ahead. Although polls do not necessarily reflect what people will actually vote for at a particular moment in time, the political momentum for another referendum is growing. This pressure will be amplified should the SNP win a majority in the upcoming Scottish Parliamentary elections.

While this remains unclear, the Scottish Parliament may have the constitutional authority to legislate for another referendum without the involvement of the UK government and Parliament. This question can only be definitively settled with a ruling from the UK Supreme Court, one that might not come. Litigating this matter is not necessarily desirable. The courts afford deference to the Scottish Parliament, and there are reasons for being hesitant towards becoming entangled with, and potentially hindering, the legislative process of a democratically elected parliament.

If the current UK government opposes such a course of action, the ways in which the law may prevent the Scottish Parliament alone from legislating for a (non-binding) referendum will need to be clearly articulated. This would be a challenging case to make, because arguing that holding another referendum affects the UK assumes the potential result, which cannot be known in advance. The result of a referendum cannot retroactively determine the legality of holding it. And even if favouring independence, the force of such a result would be more political than legal. This is because the UK Parliament would need to become involved in order to give legal effect to that result, similar to how it was necessary in order to give legal effect to the EU referendum result.

Scotland could also attempt unilateral secession from the UK, which would arguably flout constitutional law and make the applicable international law more relevant. At present, Scotland satisfies all the international legal criteria for statehood, with one exception: it lacks the formal authority to enter into foreign relations, even though it has the literal ability to do so. Consequently, if Scotland demonstrated independence from UK authority in the course of conducting international relations, Scotland would be more likely recognised as a state by other states and international organisations. Furthermore, if voting at the UN General Assembly is anything to go by, we see no immediate reasons why other states would side with a UK position (assuming it opposed secession).

Extrapolating the above to England and Scotland, we look at key indicators of macroeconomic policy for Scotland (see Table 1) compared to the Czech and Slovak Republics. Where Scottish estimates could not be found or calculated, we include UK data as a proxy, included in square brackets. According to official statistics, Scotland’s current GDP increased steadily between 1998 and 2019, climbing from £85,204 million to £177,106 million (equivalent to 107.9% growth for the period, or 5% annually).

Moreover, Scotland’s exports to the EU grew by an average of 4% per year over the last five years, and since 2010, growth to the EU outpaced growth to the rest of the world and the rest of the UK by a significant margin. Scotland is not only becoming more economically integrated with the EU (see here), but seemingly also with non-EU partners. Scotland’s historic economic performance has been strong, which bodes well for a small, open and independent Scotland. With modest population growth alongside good GDP growth, supported by stable participation in international trade, it seems Scotland is in a far better initial condition than either the Czech or Slovak Republics, and can therefore expect similar (if not better) post-independence outcomes.

With regional stability in the interests of all parties, any referendum favouring Scottish independence should be enacted through a staged approach to secession in compliance with constitutional law to minimise the economic cost on the UK and Scotland. The rule of law should be at the heart of any Scottish secession to allow for the best possible economic outcomes for people in Scotland and the UK. Such a process also depends on the politics between the UK and Scottish governments being cooperative, open-minded, and transparent. Nevertheless, although political amicability between the UK and Scotland is preferable, it is not indispensable for Scotland to become independent and continue prospering thereafter, particularly if Scotland negotiates access to the EU single market.

Considering Scotland has all the necessary machinery in place to become an independent state, we see no obvious reasons why Scotland would not succeed economically if it were to do so, especially if achieved within the bounds of the law. Although our findings might be controversial to some, we hope to show that Scottish independence, while not inevitable, is far more nuanced a matter than many have claimed. There exist several options worth pursuing for the parties to this debate.

Note: The views expressed here are those of the authors and do not necessarily reflect those of the Bingham Centre for the Rule of Law, the British Institute of International and Comparative Law, the Department for International Trade, or the UK Government.

A couple of weeks back we published a post called Scotland – An Exciting Future. It features a video by Robert Anderson of the Yes Perth City Group. He has also made a video about how the Border might operate in an independent Scotland.

Since then Robert has sent us links to a further two videos – one about state pensions and one about the economy.

Pensions and the economy are probably the two most frequent topics that come up in discussions about Scottish independence. These videos will be invaluable in persuading more Scots that our pensions and our economy will be safe and indeed prosper in an independence Scotland.

Yes Perth City have a lively Facebook page. Check them out by clicking on the image: