Lesley Riddoch is a well kent face in media Scottish, and in the Indy Movement. for a number of 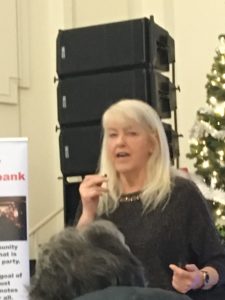 years she has championed aligning Scotland with our Nordic neighbours. She’s frequently to be found at Yes Group meetings around Scotland. This is her at Clydebank Town Hall before Christmas.

This is her blog: Another Side of Lesley Riddoch

One of the results of her focus on our Nordic neighbours is a series of short films looking at the similarities and differences between us and the three nations of Faros, Iceland and Norway. Here are the three films.

There is also this video of Lesley answering questions about the Norway film: