The letter writing idea is that with over 500 people on our subscribers’ list we could be making an impact in the letters pages of our local newspapers. For supporters of Scottish independence there’s certainly a lot to write about with our newspaper media coming in pretty well on the side of the Union.  There’s also the BBC if you’re still paying your BBC licence and therefore able to tune into BBC Scotland.

The simplest thing to do :

When you notice something in your paper that you know isn’t accurate, or isn’t  fairly explained, 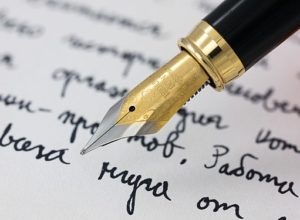 just write a short letter to the editor of the paper. Most newspapers give you an email address to write to. But if you don’t delay, you can just put your letter in the post.

But letters don’t need to be complaints. You can write and express appreciation for something that’s happened to you. Maybe just a helpful GP. Or a kind nurse when you were in for that out-patient appointment. And then just add how relieved you are that the Scottish Health Service is avoiding the kind of privatisation that’s happening in England.

Getting a letter in your local newspaper, including The Metro which lots of us pick up and read on the bus or the train, means that your ideas and responses will be read by some people who are as yet undecided about independence and they are the people we’re trying to reach. and it goes without saying that you’ll stand a better chance of getting the letter accepted if it’s brief and polite.

The next simplest thing to do:

Find a friend or a website that has information about biassed media reporting. You’ll have to find your own friend but a very good website is the one run by retired Media Politics Professor John Robertson called Talking Up Scotland. He posts several times a day and if you’ve noticed something amiss in the media, you can bet that he has too.

If you noticed that BBC Scotland relied on anecdotal stories from only a few people in the recent documentary “Mind the Gap” about Scotrail and you were shouting at your TV, then go to his website and you’ll find a post called BBC Scotland uses a handful of anecdotes from only three customers to suggest Scotrail has serious problems that are not evident from proper research

So whenever you’ve been shouting at the TV, it’s likely that Prof Robertson can provide all the background information that you’ll need either to send in a formal complaint to BBC or to write to your local newspaper about. If you use your local rail services and you’re travel experience is fine then OK that’s your anecdotal evidence but if the BBC can do it so can you!

I do this quite a lot. I get the link to one of John’s posts on Talking Up Scotland and I write a post about it on Facebook or Twitter. This is a different kind of writing campaign. Its disadvantage is that you’ll probably not reach the people we’re trying to reach – those undecided about independence. Its advantage is that you can spread the word around the Yes movement about yet another of BBC Scotland’s dire reports about Scotland. And that might enable a few more people to have a persuasive conversation with Mebbe voter.