There are around 350,000 Scotswomen affected by the transition to equality in men and women’s State Pension Age. The initial Westminster Pension Age Act was in 1995 and it set out a gradual pathway to equalise the pension age for men and women. But in 2011 a second Pension Age Act increased the rate of change for women and increased the overall pension age to above 66. This has created a group of women who are partially badly affected.  Women born in the mid-50s are losing six years of their State Pension. 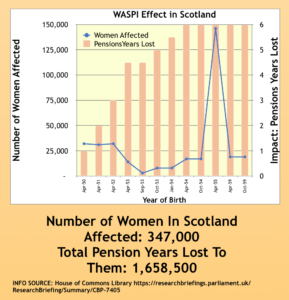 END_OF_DOCUMENT_TOKEN_TO_BE_REPLACED

Full article is on http://pensionsandsavings.com

British workers can expect among the worst pensions in the developed world, according to a report from investment bank UBS, which compared the retirement outlook for a 50-year-old woman in major cities across the globe.