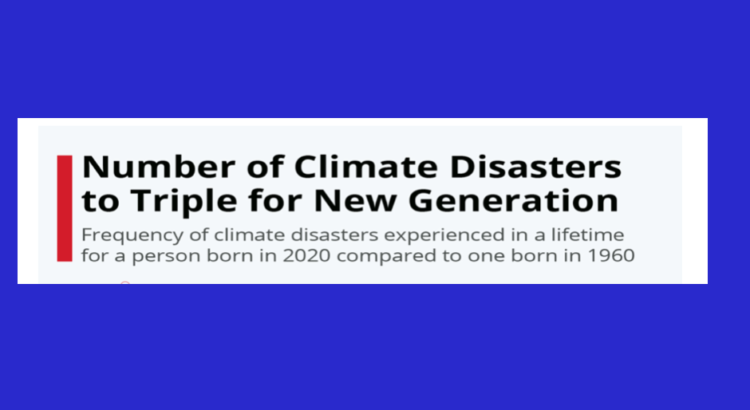 From Marlene Halliday, of our Glasgow Group:

The climate emergency has always been one of my main reasons for supporting Scottish independence.

Is the climate emergency more important than Scotland becoming independence? Yes. The planet is in no danger but we are. Humanity needs to support the planet, or we’ll find that our planet is no longer supporting us.

But it’s not an either / or situation. And if we were independent then I reckon Scotland would be in there, at the UN and elsewhere, arguing strongly for faster and more extensive climate mitigation action and a Climate Transition Fund to go along with that.

I’ve designed a climate emergency leaflet for our Glasgow Group. It’s A5, double-sided.

On one side, we have some recent date from Statista. Our generation isn’t going to bear the brunt of our lack of action about the climate emergency. Our children and grandchildren will. Just as we want a better country for them to live in, we want a stable climate to support that country. Unfortunately it’s not looking good for them.

On the reverse is what we hope an independent Scotland could do to stop the mad rush towards climate breakdown that the planet is still heading towards.

We’re handing them out along with the Believe in Scotland Renewables leaflet. And together they’re helping our stall teams engage with people, bringing climate and independence into the same conversation. That must be a good thing.

If you would like this leaflet for your campaigning, contact us via the link on the top menu.