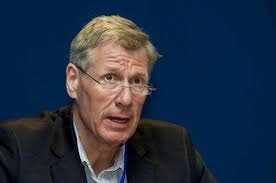 Kenny MacAskill, MP is standing for the Alba Party on the Lothian List, in the Holyrood Election on 6th May.

With the forthcoming Scottish Elections, and the Alba Party having burst onto the scene at the last moment, I decided to try to engage a representative from the party to help our members make an informed decision on who to vote for on the list.

Kenny MacAskill is well known to most of us having been involved in Scottish politics for many years, but I was not sure how our members would feel as he was voted in as an SNP MP, and is now standing for Alba as an MSP, however, I need not have worried, and we had a good turnout. As an MSP for Lothian Region he was best known for his role as Cabinet Secretary for Justice from 25/5/11 – 25/11/14. Also an author, he has been involved writing seven books from Building a Nation in 2004 to Radical Scotland 2020.

Kenny talked about all aspects of Alba, why he joined, starting a new party so close to an election, their policies, people, ambitions, and plans for the future. And we had many varied questions:

You can listen to the talk here:

I hope you enjoyed hearing what Kenny MacAskill had to say. The only question he passed on was economics, suggesting we asked Dr Jim Walker, or George Kerevan to speak to us. I am delighted to say that George will be joining us for a second meeting on Alba on the 27th of April, just 7 days hence.

Having two meetings on the Alba Party, will give us a good idea of what their ambitions are. Following the election on the 6th of May, our next meeting will be on Tuesday the 18th May, to discuss the results, and future plans for our group.