And we’re off – Pensioners for Independence has a new group! We’re mostly based in or around Selkirk. So although anyone sharing our TD postcode is welcome to join, we’ve called ourselves ‘Selkirk and District’ rather than ‘Borders’ because folk in other Borders towns might want to set up their own group. We’re now up to 29 members, which is encouraging.

The June 1st AUOB march in Galashiels was a great start, and the first outing for our new banner (thank you Dumfries &Galloway – we liked yours so much, we used the same design!) Such a positive, friendly, inclusive atmosphere. It felt good to be among like-minded people of all ages, and to make links with our P4Indy neighbours – and buy some delicious cake from the P4Indy stall. It was very heartening to see support from local shopkeepers and bystanders – it’s starting to look like the tide is turning. 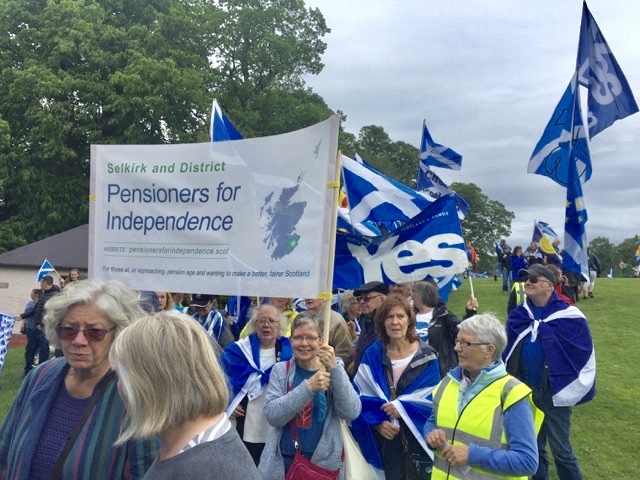 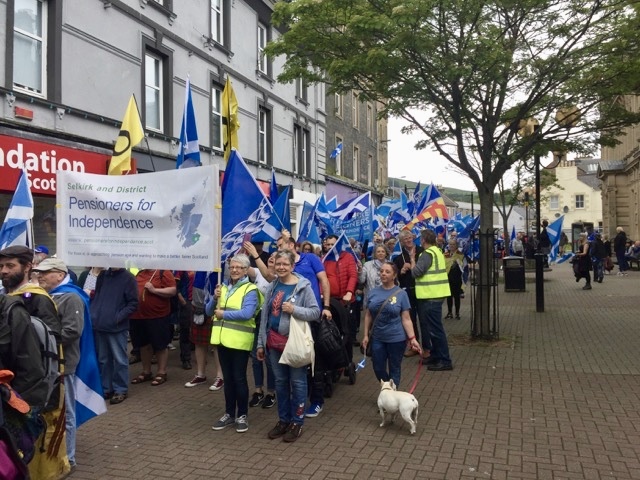 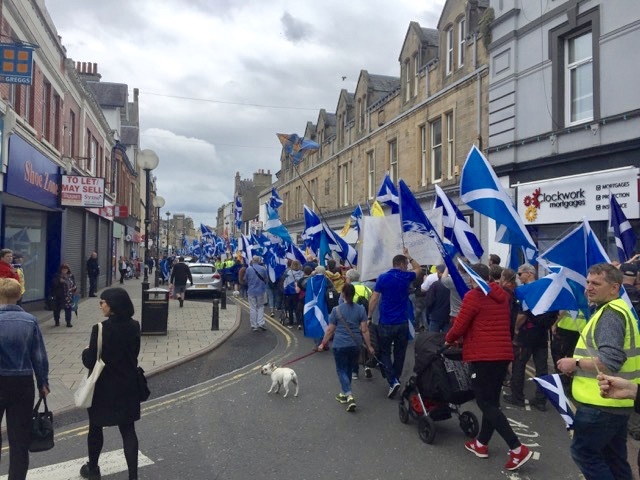 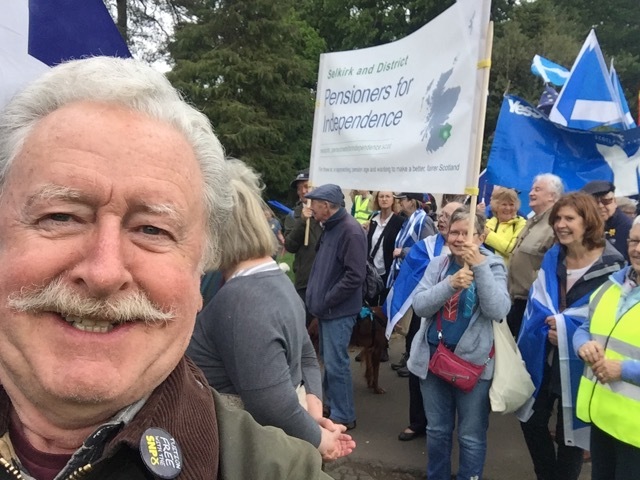 Future plans include a regular stall alongside the monthly Farmer’s Market, and inviting speakers. Some of us are looking forward to taking part in a Reframing workshop.